We used open source research techniques and specialised digital forensics tools to support an investigation into false reporting. D3 Forensics assisted us with the examination of the security camera footage.

Ahmad Jamil Abdu al Fahed (أحمد جميل عبدو الفهد) from al-Am’ari Refugee Camp was fatally shot in the early hours of 25 May 2021 in Umm Al-Sharait, Al Bireh. He was pronounced dead on arrival at the Palestine Medical Complex. 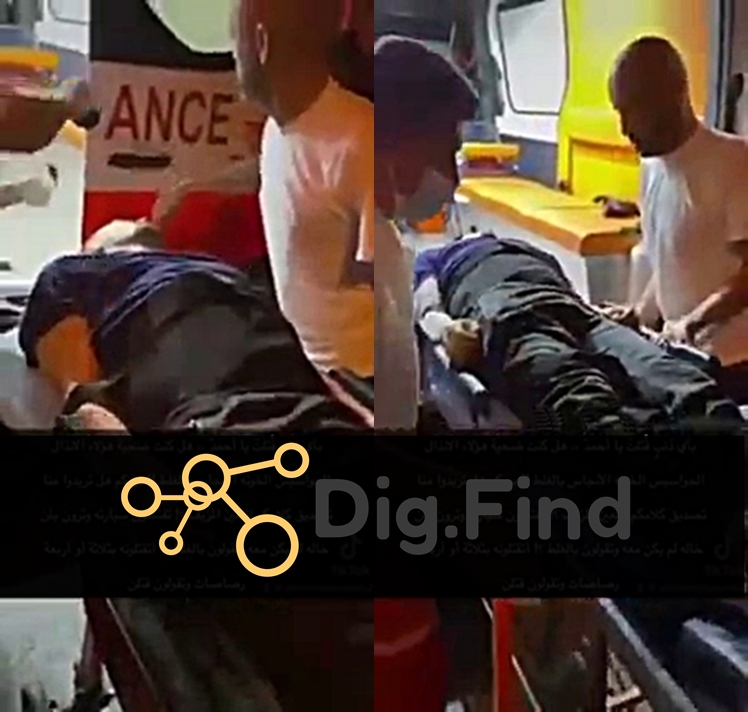 B’Tselem maintains that it was an act of extrajudicial killing while the Israeli border police said in a statement that it was an arrest operation and that “the shooting was executed according to the rules of engagement.”

To us, the report that B’Tselem produced read as biased and agenda driven one and the security camera footage that accompanied same report as evidence didn’t seem to support the allegations and accusations therein. We decided to investigate.

We downloaded, preserved and examined the MP4 video file using standard forensics industry procedures and utilising specialised video tools. There is no indication that the video has been tampered with, however the video quality is far from optimal. 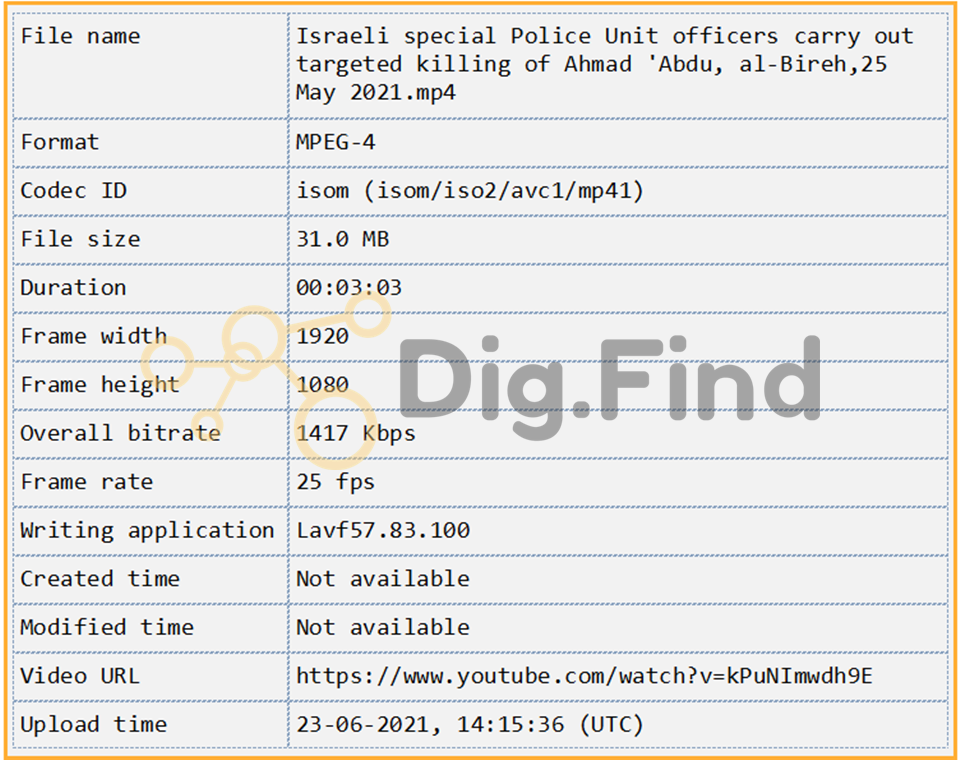 1.   In the video, Ahmad is seen getting into the blue MG vehicle through the front driver side door (door closing at 1m 800ms)

2.   A greyish minivan, possibly a Volkswagen Caddy, is seen driving up and partially blocking the blue MG (the minivan comes to a stop at 1m 14s 950ms)

3.   A person in the front seat of the minivan on the driver side is seen leaning outside the window and shooting multiple times at the front door driver side of the blue MG (starting 1m 17s 350ms) 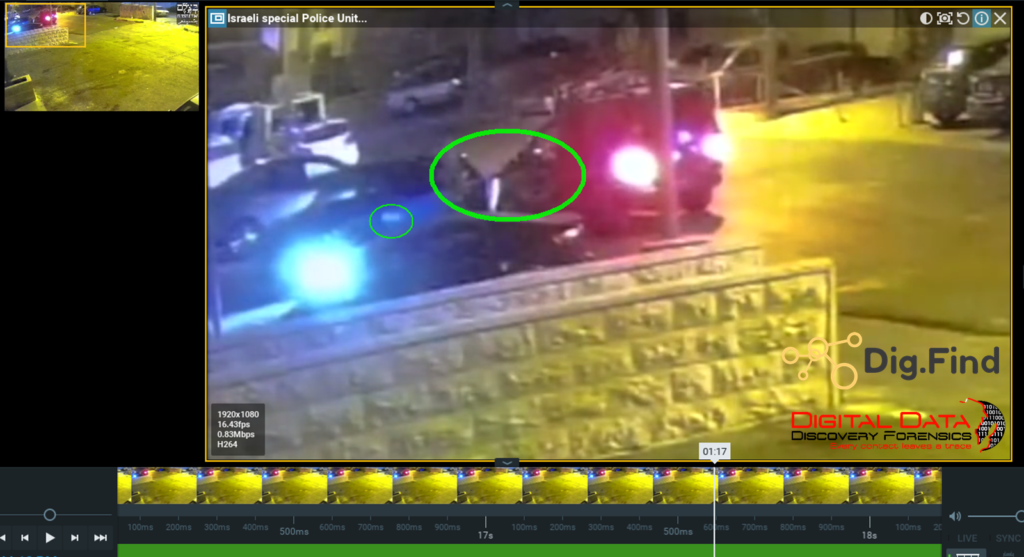 4.   A bluish light internal to the MG appears at 1m 19s 640ms. This could well be a muzzle flash. The bullet hole in the blue MG’s left back side window appears to be of a different weapon calibre 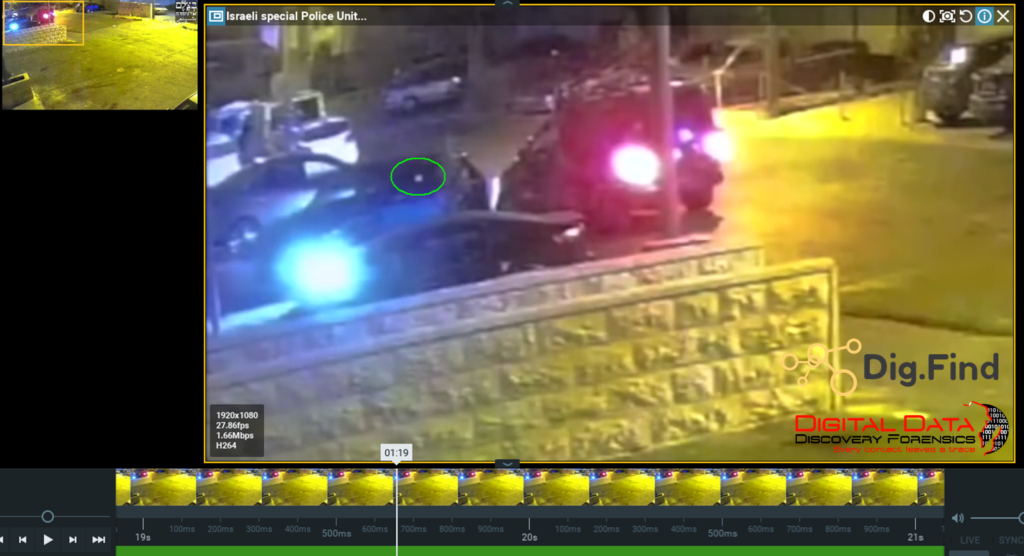 5.   Ahmad is apparently injured and is seen exiting the vehicle from the front passenger door head first (1m 22s 230ms). It is not clear from the video but it looks as if he dropped to the floor on his back when exiting the MG. A soldier is seen emerging from the side of the minivan 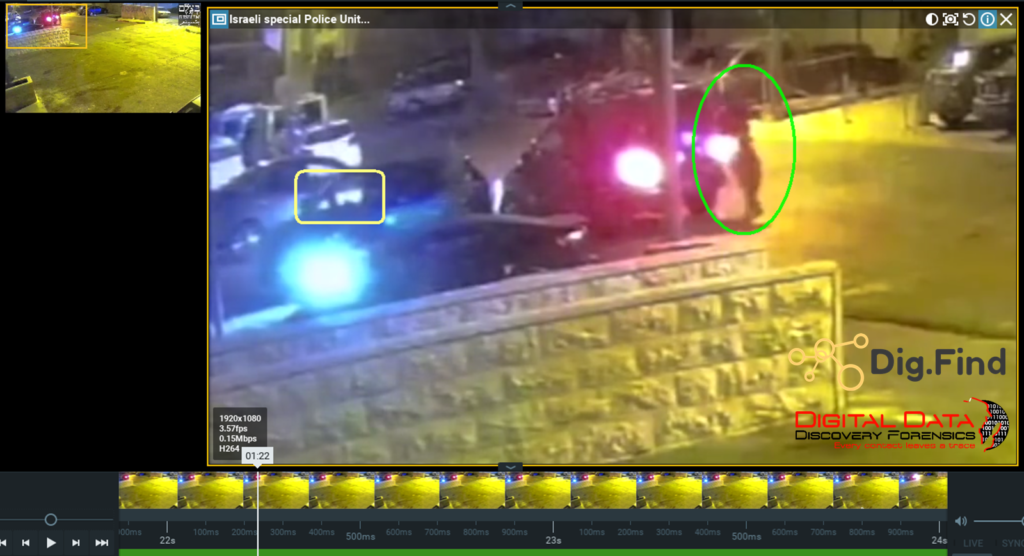 6.   We did not identify any more shots being fired from that point onwards in the video.

B’Tselem’s claim that “officers are seen getting out of the vehicle and immediately firing several shots at the car” is unsubstantiated.

7.   Contrary to B’Tselem’s report, the video footage doesn’t show the soldiers dragging Ahmad Abdo out of the vehicle.

Also, we are unable to confirm other assertions with regards to the special force unit members as the video ends while 4 members of the team were still at the scene standing outside the minivan 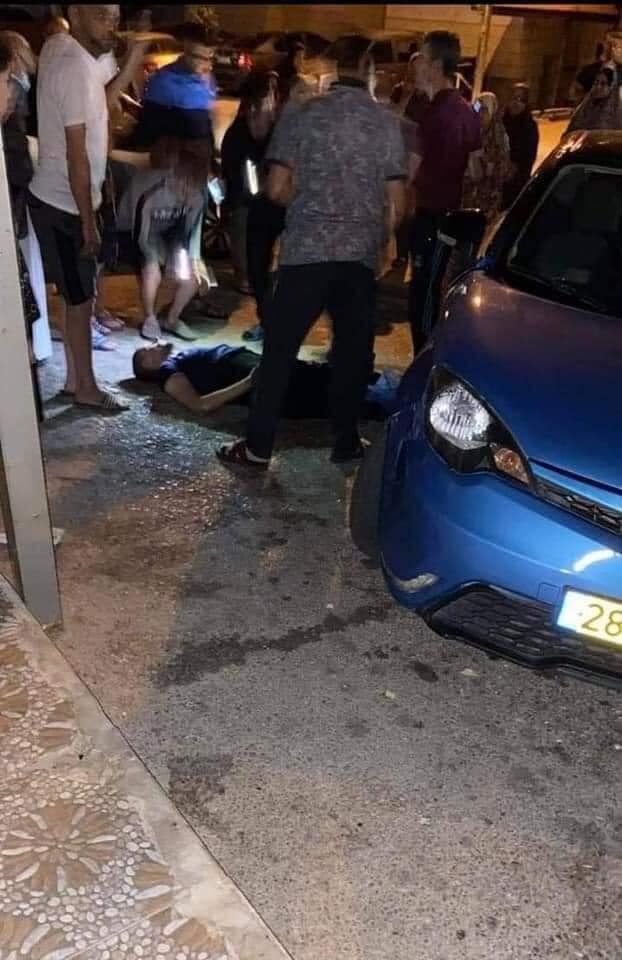 The social media investigation revealed that Ahmad Abdu was affiliated to Fateh as evidenced from the Martyr posters and his funeral procession images. 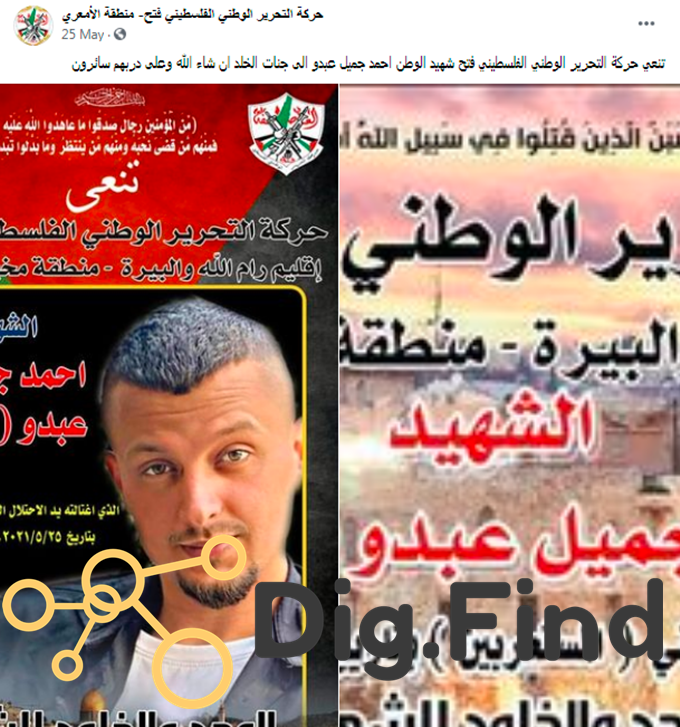 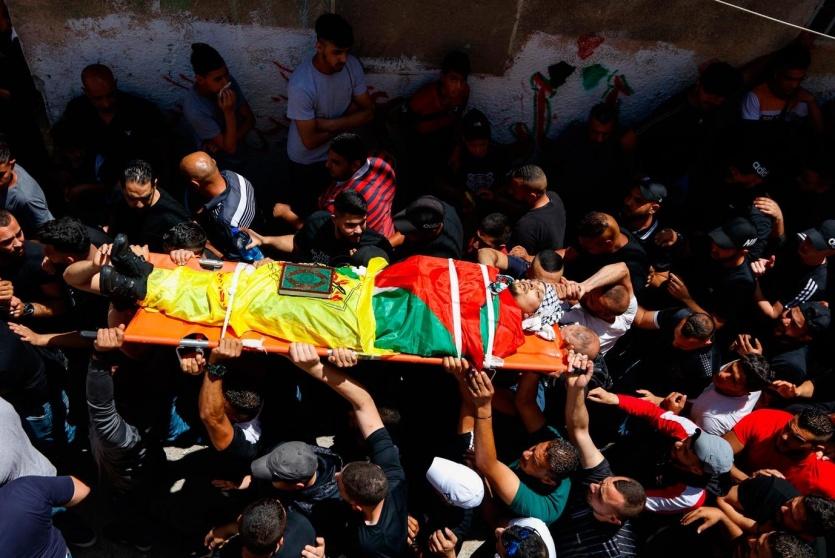 Did Ahmad pose a threat? The video footage does not provide an answer to this but we believe that professionally trained soldiers have the necessary Intel and experience to assess the situation as it developed and make the right call.

Here is a collection of images of Ahmad 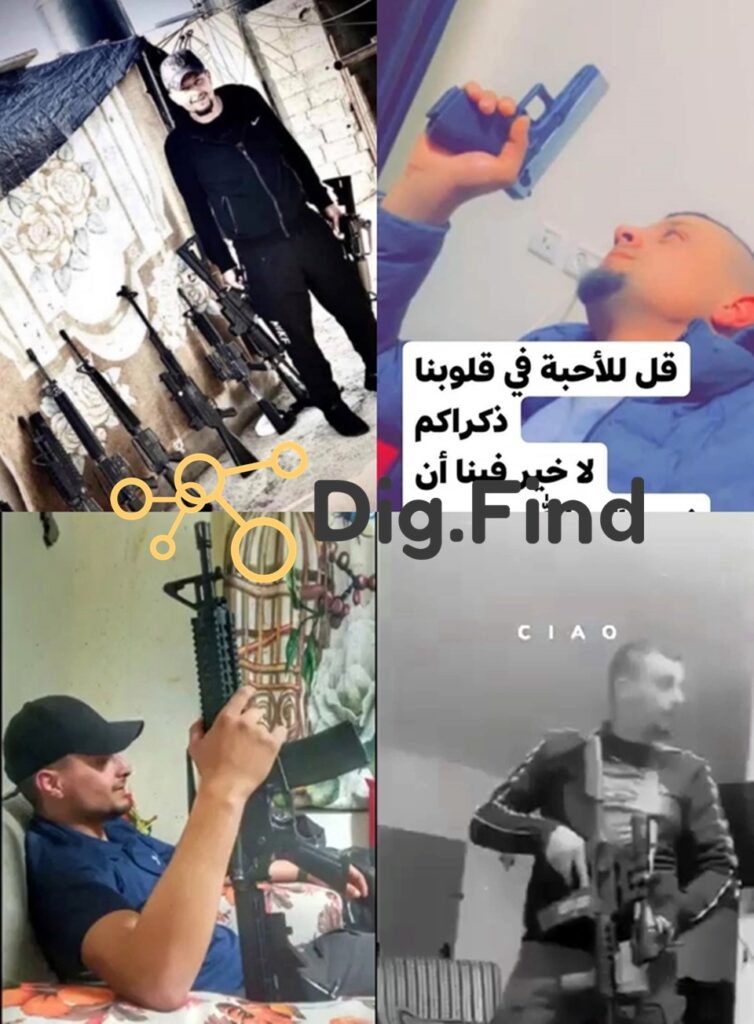 The B’Tselem report includes a statement from Wahib Majadbah (وهيب مجادبة) and Ahmad’s uncle, Ayman Abu Arab (ايمن ابو عرب). We located their social media profile pages and confirmed that Wahib is indeed a male nurse who is living in the Umm Al-Sharait neighborhood. 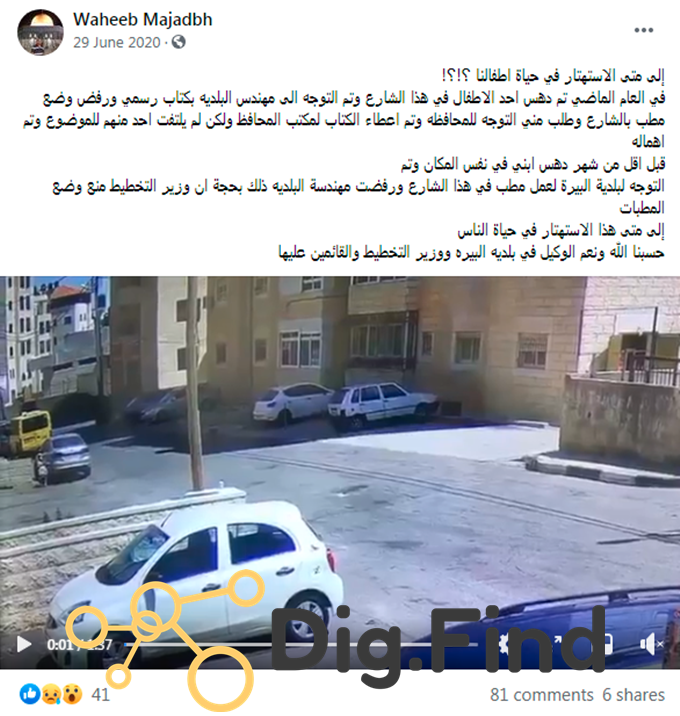 Ayman sheltered the perpetrators of the February 2002 Ein ‘Arik checkpoint attack, in which six Israeli soldiers were killed and facilitated a contact with the Al Aqsa Martyrs Brigade. He spent years in Israeli prison and according to Arab media he is an “arms dealer” 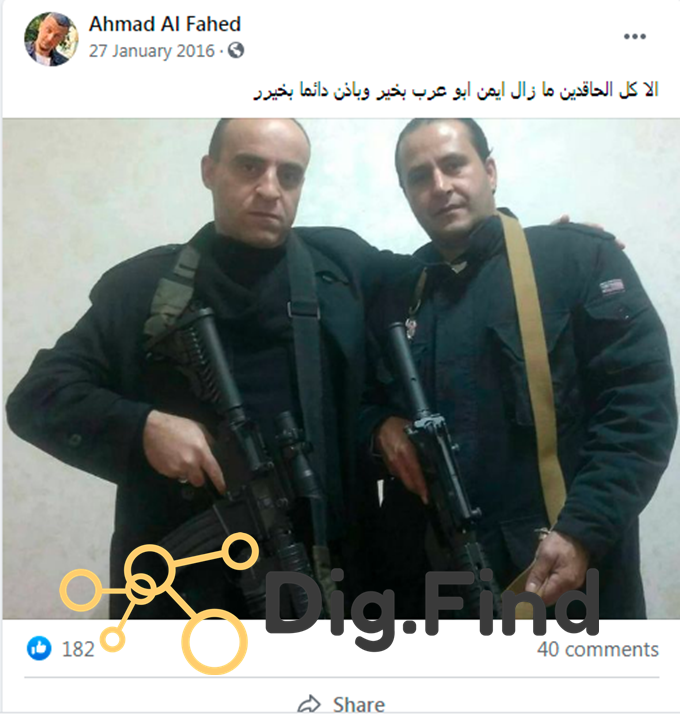 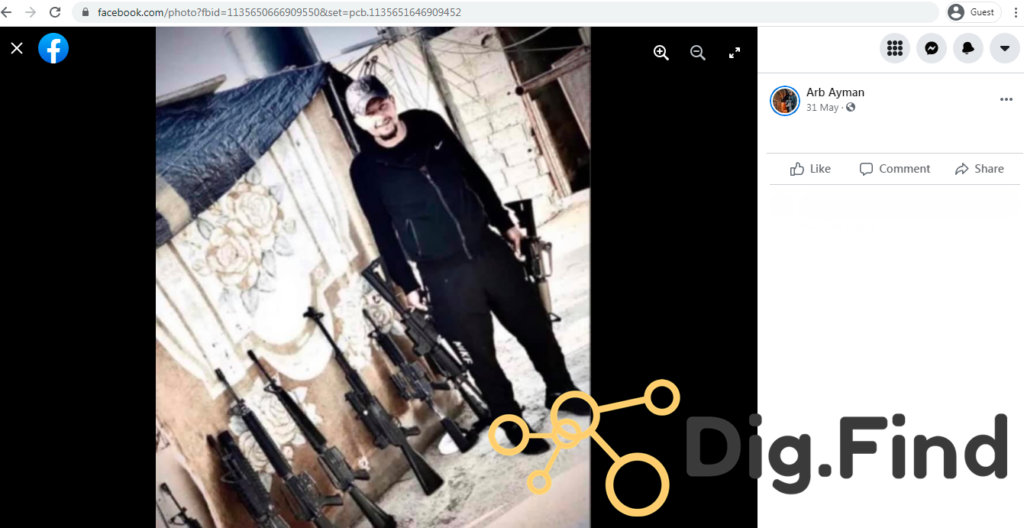 This website uses cookies to improve your experience while you navigate through the website. Out of these cookies, the cookies that are categorized as necessary are stored on your browser as they are essential for the working of basic functionalities of the website. We also use third-party cookies that help us analyze and understand how you use this website. These cookies will be stored in your browser only with your consent. You also have the option to opt-out of these cookies. But opting out of some of these cookies may have an effect on your browsing experience.
Necessary Always Enabled
Necessary cookies are absolutely essential for the website to function properly. This category only includes cookies that ensures basic functionalities and security features of the website. These cookies do not store any personal information.
Non-necessary
Any cookies that may not be particularly necessary for the website to function and is used specifically to collect user personal data via analytics, ads, other embedded contents are termed as non-necessary cookies. It is mandatory to procure user consent prior to running these cookies on your website.
SAVE & ACCEPT
Accessibility by WAH
Looking for investigative help?